Character stats are one of the most important systems in Trickster, they determine nearly everything in the game from damage, to compounds, to weight, and more. Stats are received innately (determined by your guild graph), through equipment, and through skills. This page will focus on describing each of the 12 major stats, as well as some other ones unlisted on the Growth page. 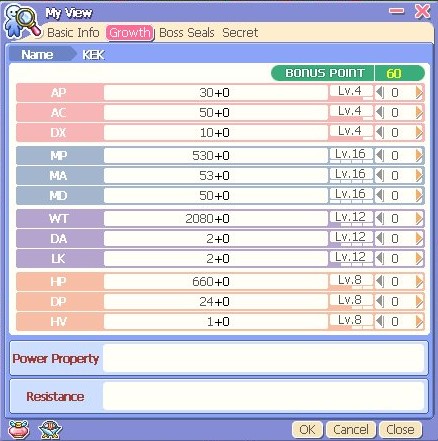 Retrieved from "https://pandato.fandom.com/wiki/Character_Stats?oldid=7764"
Community content is available under CC-BY-SA unless otherwise noted.